A large, mature ash tree on Chesham Bois Common was damaged during recent high winds. We arranged for the tree to be examined by an arboriculturalist, who identified significant rot. The examination also identified a bee hive about 20 feet up, in a hollow in the trunk. So, as the tree was being slowly felled on Monday, a beekeeper was called in to entice the bees from the tree into a new home. David from Chalfonts Beekeepers Society, bravely put his hand into the centre of the hive and removed a chunk of the honeycomb containing the queen bee. This, then, attracts the workers and the drones to follow the queen’s pheromones into the beekeepers’ box. The photos clearly show the tree was rotting from the inside, making it vulnerable and potentially hazardous in high winds. 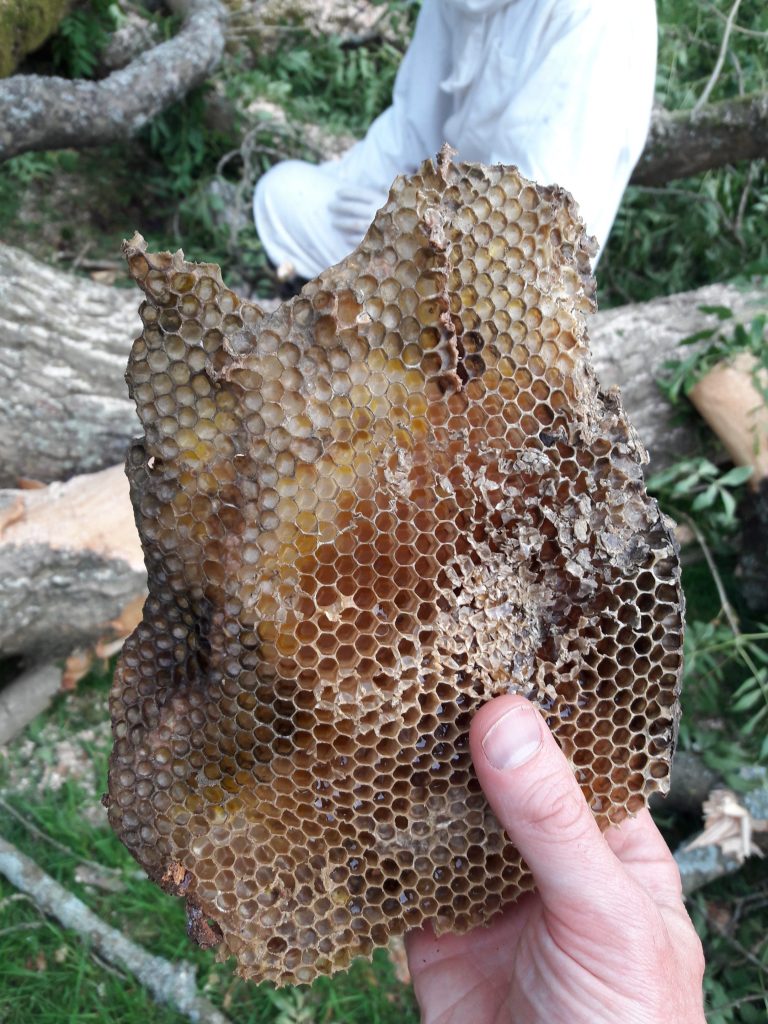 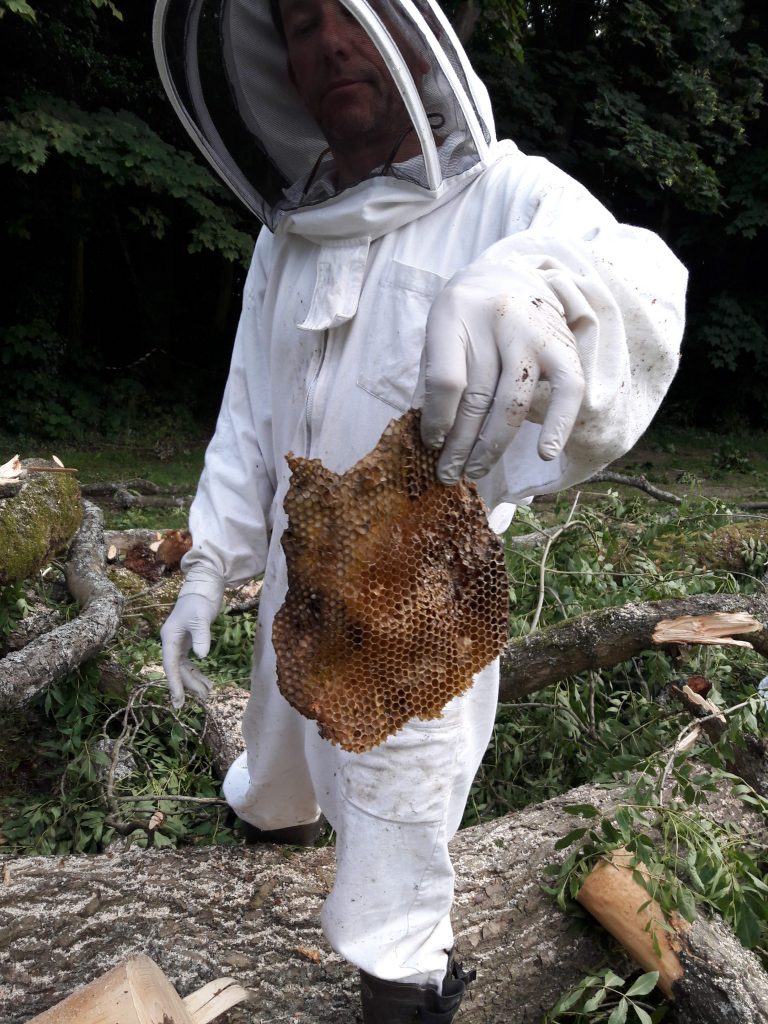 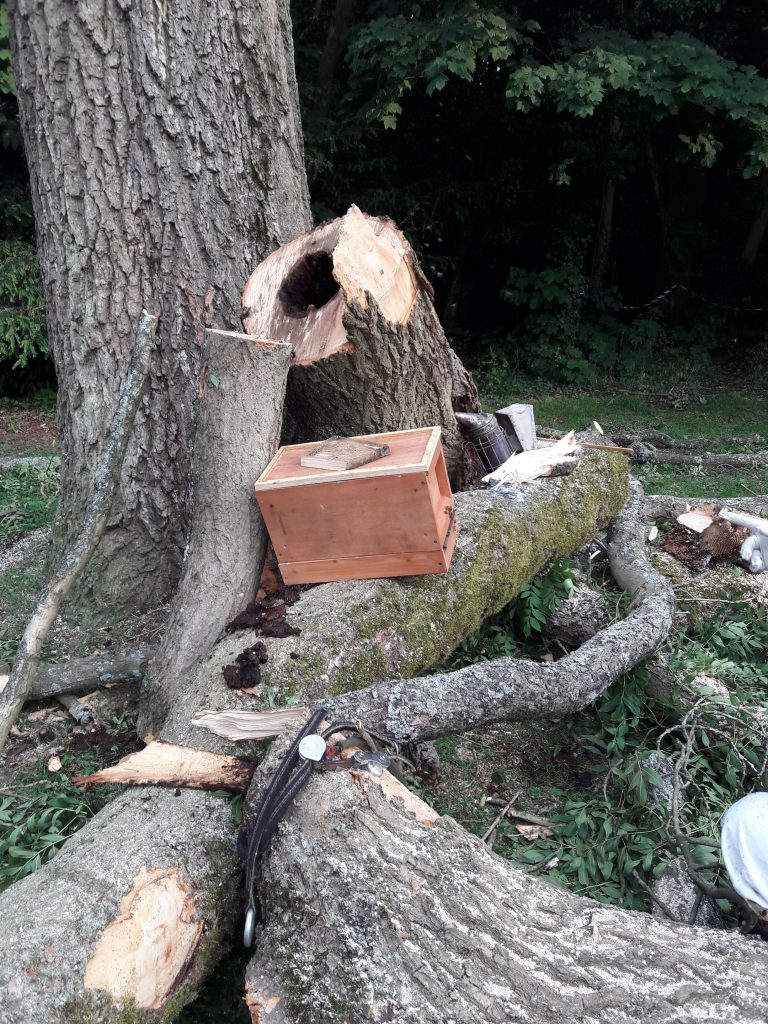 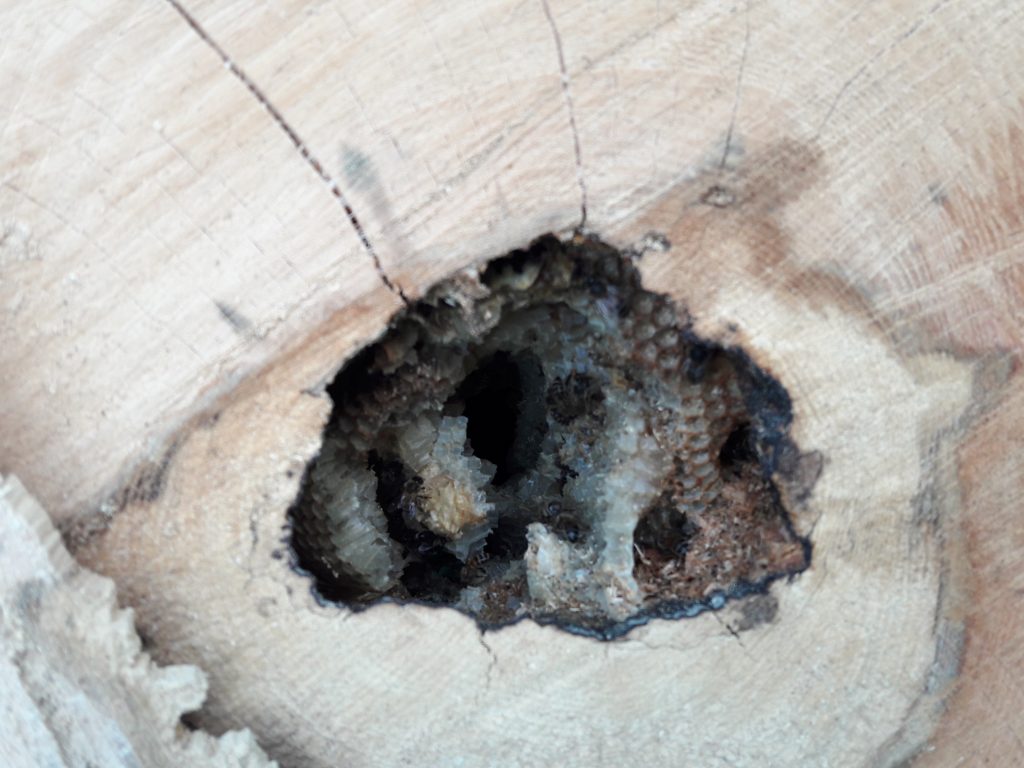 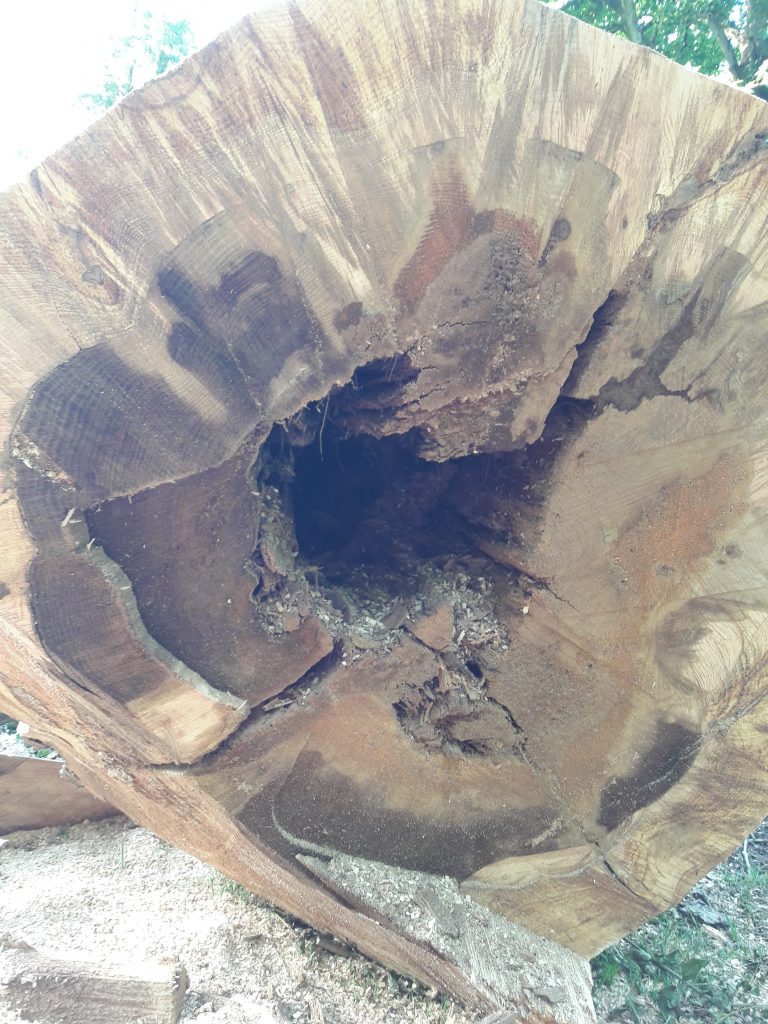 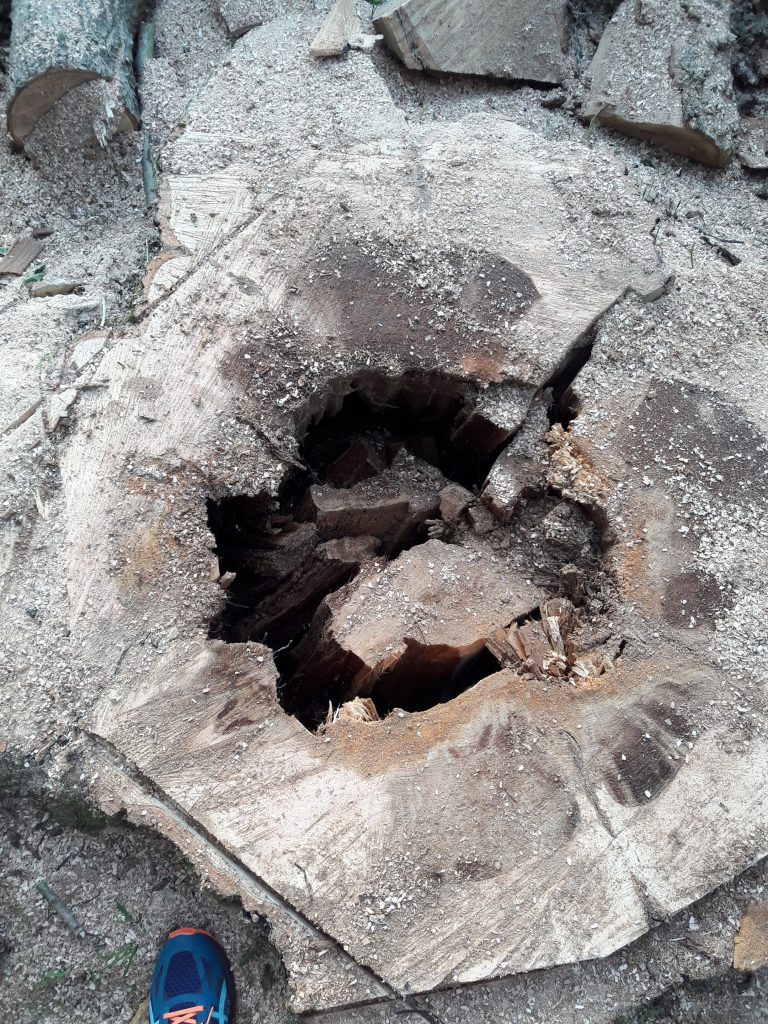 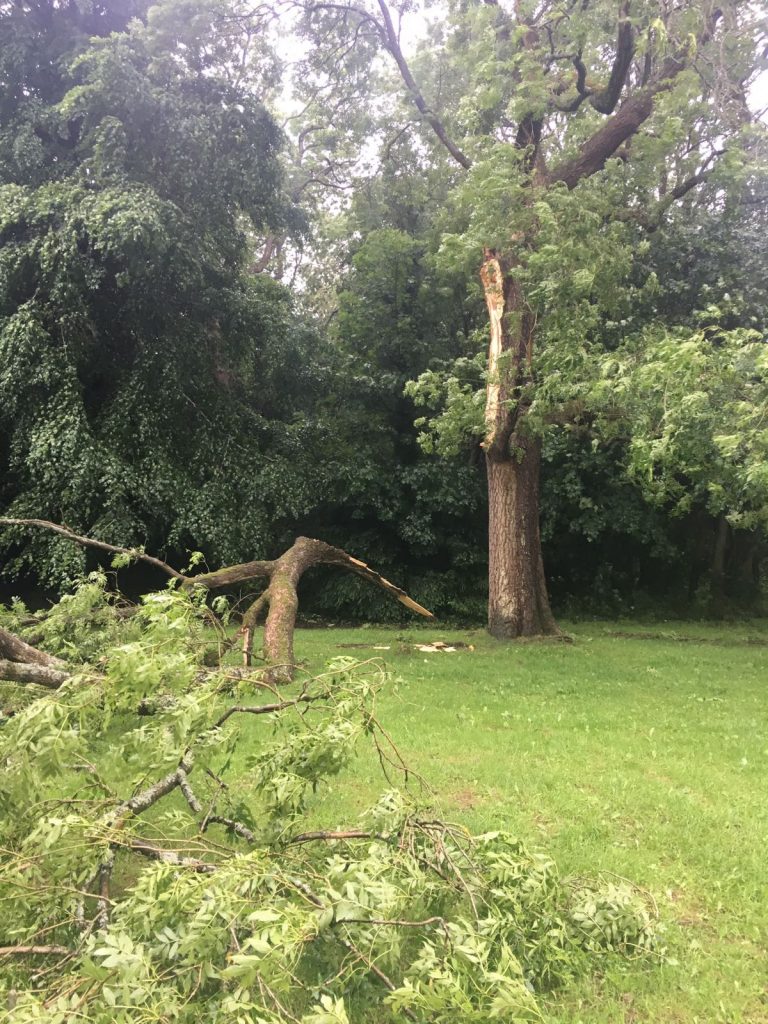 Thank you to our Litter Pickers