If you have an issue with potholes, blocked footpaths, broken streetlights or fly-tipping in your area? Use the FixMyStreet website ink below to report it and then monitor the follow-up. The website is helping to improve both communication and efficiency and proving to be beneficial for both residents and the Council which pays for the service: https://www.fixmystreet.buckscc.gov.uk/ 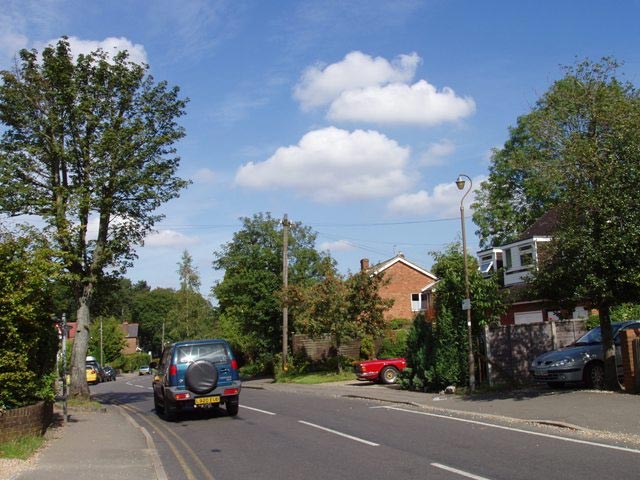 The Parish Council’s primary role in highways and transport is to press the case for improvements in our Parish.

The Parish Council is keen to hear your views on highways and transport issues and, in particular, any areas where you consider maintenance is required.  The information you provide will serve to strengthen our own requests to Buckinghamshire Council for work to be carried out. Chesham Bois is blessed with no fewer than five primary schools. Consequently, large numbers of children are walking to school and crossing roads during the week. Speeding drivers endanger the lives of children, so we are investigating several options, including more speed signs, the Community Speed Check scheme and Police involvement.

Most drivers are considerate and keep within the speed limits. However, our speed monitors show a minority drive at reckless speeds, at all times of the day.

In response to residents’ complaints about speeding in the Parish, the Council has acquired a mobile speeding sign, which records and displays vehicle speeds. The first location for the sign was North Road.

Recorded speeds in North Road for the initial 3 month period showed 69% of vehicles travelled past the sign below 30mph. However, 217 vehicles were recorded at more than 40mph, including one dangerous driver at 68mph. The following 3 months saw an improvement in recorded speeds.

We, therefore, believe that the speed signs are an effective tool in reducing speeding, as they make the driver aware of the speed they are travelling. The Council will monitor the speeding statistics at each location.

CBPC Transport Chair, David King,“I believe speed awareness plays a critical part in getting drivers to slow down and the investment in the sign is already starting to yield results.”

The sign has been in use since January 2016 in North Road and Bois Lane and a summary of the data is presented here for your information: The Parish Council provides and operates all the street lighting in the Parish, except for the lighting on the A416, which is the responsibility of Bucks County Council.

A significant part of the ‘rates’ (Community Charge) paid by residents to the Parish Council is spent on street lighting. In round terms electricity and maintenance of the lights each cost approximately £2,000 every year. The electricity charge has, not surprisingly, increased considerably recently.

The Parish Council has therefore been pushing manufacturers hard to develop suitable LED lamps, which, if successful, will reduce electricity consumption by around 75%. We now have two such lights operational in Holloway Lane (one opposite the northern end of St. Leonard’s Road and the other at the end of Runrig Hill). The second of these was only installed in February 2012.

We are now evaluating their performance, and your views on them would be much appreciated. If the LED lights are successful the Parish Council is intending to develop a plan to replace all, or most of the lights in the Parish with LED lamps. We anticipate we will change the lamps to LED’s in batches, when the current lights need replacing. We are also investigating if grants are available for such a projects. Please let us know if you are aware of any sources of funding.

Chesham Bois Parish Council owns and maintains 65 streetlights around the parish. If you see a street light out, or is damaged or needing attention, then you can e-mail us using the table below: