Around 50 local residents, Brownies, Guides, Rangers and members of the Women’s Institute volunteered an hour of their time to pick litter across Chesham Bois.

Amongst the 30 bags of discarded rubbish, was a really exciting find of an old security box. 2nd Chesham Bois Guides found this abandoned box in the undergrowth along North Road. 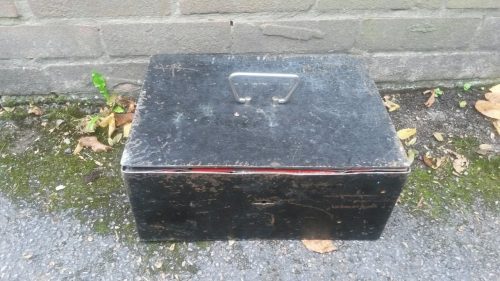 It contained a large array of family documents, including birth, death and marriage certificates; some dating as far back as 1876. The documents were examined by local historian, Alison Bailey, who after some intrepid research, identified a local family in Chesham. Alison managed to contact a member of the family and they were very pleased to be reunited with the box containing treasured family documents, later that evening.

Thank you to our Litter Pickers